The purpose of this project is to educate children about the STEM (Science, Technology, Engineering, and Mathematics) fields. Through the use of low cost devices and effective teaching, children are able to associate what they are learning with interactions with everyday items. For example, most future engineers are aware of the purpose of a traffic light, but most are not aware of a traffic lights' internal workings. This project is designed to educate future engineers about the impact that computers and computer programming has with society. This project targets the "T, E, and M" of "STEM" by using electronic circuits for controlling the lights, software for controlling the electronic circuits, and mathematical calculations for making timing decisions.

One of the goals of this project is to be able to teach the next generation of engineers about the programming, software versioning, and how valuable engineers and technologists are to society and the impact that they have. A game was developed to be combined with this project to teach about software versioning, how sometimes Software Developers don't get it right the first time, and the negative impact that can occur if they don't get it right the first time.

Below is the image of a group of future engineers working their way to developing the psuedocode for a normal traffic cycle. As shown in the first version, all of the lights turned on but never turned off. In the final version, they figured out that they had to turn on and turn off each light as well as include a delay in between each light change.

Below are the list of parts used for this project. You'll need to choose one of the mentioned options below depending on your budget. Using LEDs is cheaper than getting an actual traffic light.

Further discussion of the traffic light code can be watched at https://www.youtube.com/watch?v=ZyBnWOX3wGE.

The controller currently uses .NET 5. It is divided into two projects.

Relays are used when devices of different voltages or amperages are being used together. One common example of this is relays that are used to control headlights on a car. The switch inside the vehicle has a lower amperage and is considered to be a "signal wire". When the switch is turned on, a relay is closed which then connects a different circuit to turn on and off the headlights.

In the Traffic Pi project, relays are used in a similar manner. The Raspberry Pi outputs 3.3VDC from the GPIO pins. Those pins are connected to a relay board. The relay board is also connected to a 120VAC which is needed by each of the signals. When the Pi sends an "on" signal to the relay board, the relay activates, thus sending 120VAC from the source (in this case a wall outlet) to the signal and then corresponding signal then turns on.

The color of each wire always denotes its purpose. When using different color wires, you don't need to have a tag on each wire. Instead, you create a service manual or other documentation that lists the purpose of each wire based on its color.

For example, if you look a wiring harness on a car, you will notice that it has a number of wires that are bundled together. Each of those wires has a purpose. The vehicle manufacturers create a document, often referred to as a service manual, that lists each of the colors of the wire in the harness and their purpose.

The current in an AC system alternates between the hot and neutral wires. The frequency at which this occurs varies. In North America (including the United States), the alternation takes place at 60 Hertz (Hz) or 60 times per second. In other parts of the world, this alternation takes place at 50 Hz per second. AC circuits are commonly used for items that require a lot of power to operate. These include large motors, like the ones used in AC refrigeration and industrial machines.

DC circuits are commonly used for battery powered systems, electronics, and other devices that do not require a lot of power to operate. If a device, such as a cell phone or streaming player, has a "power brick", then that device runs on DC power. The power brick converts the AC power to DC power and at the same time reduces the voltage to what the device needs.

Where did you get the traffic light from?

Ebay. Found a seller that own a salvage company that was selling it in 2018. The item that he had listed, included a controller, but the controller only had like 5 programs. I opted to get the light without the controller as I was going to build my own using the Raspberry Pi.

Will you share the source code for the application?

The source code for this project is available on GitHub at https://github.com/almostengr/trafficpi.

Is the traffic light heavy?

This one is made from plastic and weighs 25 pounds. Metal traffic lights weigh between 50 and 75 pounds.

How big is the traffic light?

Programmers will have to come up with code to control the traffic lights and not cause an accident. While doing so, they learn programming concepts and how mistakes in their programs, can impact others significantly. 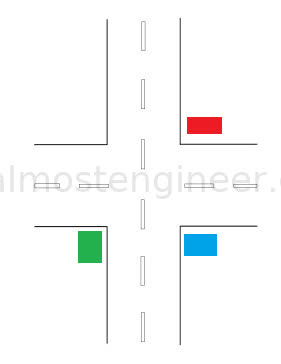 The sections below this one, get into the technical details of the project. Those that are interested in setting up their own traffic light with a Raspberry Pi using the code that I have built, can follow the instructions below.

You will need to install Raspberry Pi OS on your SD. Once you have completed this install, Then you can insert the SD card into the Raspberry Pi and power it on.

To install Raspberry Pi OS using Ubuntu, I made a video tutorial which you can watch at https://www.youtube.com/watch?v=Wy1_MWWlkNI.

Below is the mapping for the connections to the Raspberry Pi. The Pin numbers listed are the physical pin numbers on the board, not the GPIO pin numbers. If you are not using a relay board, the connections can be made directly to a breadboard with LEDs connected.

Visual of Pin Connections to Relay Board 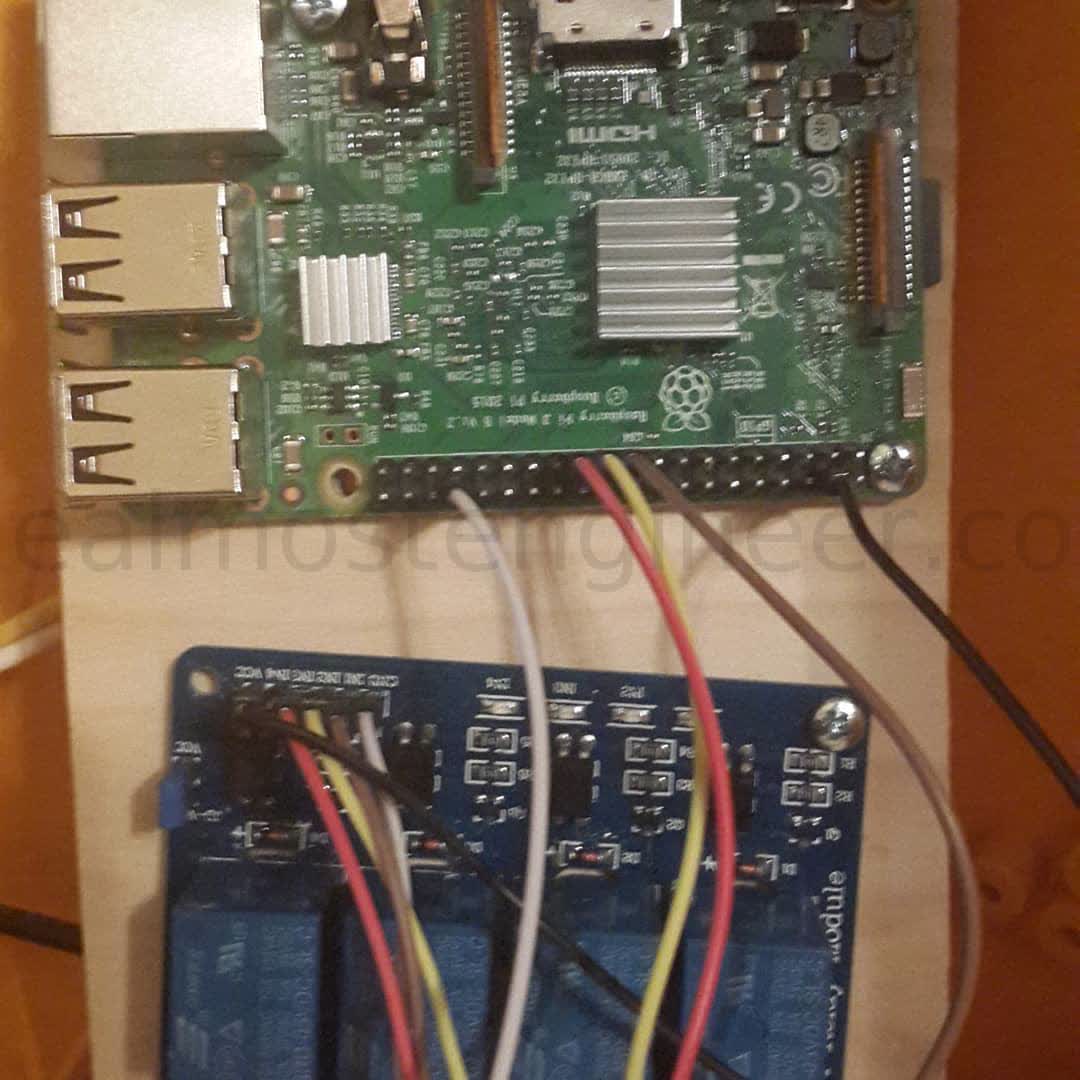 To run the applicatoin via the command line (not using the system service), then you can run the commands below.

To exit the application after running it via command line, press Ctrl+C.

To remove the application as a system service, run each of the commands below.

After running all of the commands above, then reboot the system.

To remove the application files, you can remove the entire trafficpi directory.

To see the logged output from the system service, run the command:

If an error occurs in the application, the exception message will show here.