National Puppy Day 2022, One Year as A Dog Parent 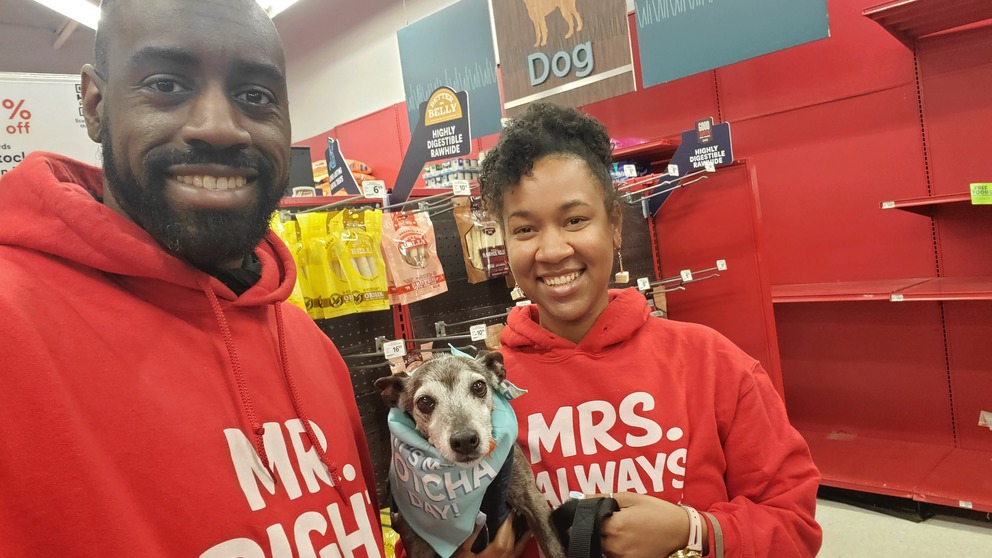 Last year, when I got home a dog was waiting for me. Didn't ask for it. Wasn't ready for it. Dog was just there, hiding between mine and the neighbor's house. I give more details about his initial days with me in my National Puppy Day 2021 post and becoming a dog parent.

This year for National Puppy Day, I decided to provide an update on how things have been with the dog and lessons learned.

The neighbor has a dog that roams freely about the neighborhood. He always comes back to their yard to rest and eat, and supposedly does not like to be chained up in the yard and not stay inside the house. Thing is with Buddy is that anytime he sees the neighbor's dog, even if the neighbor's dog is in his own yard, he starts barking like crazy.

There was one instance where my dog attempted to go across the street to the neighboring dog's yard, preassumably to mess with him, and I had to yell to get him to course correct. He caught a mouthful of words after that and knew that he messed up.

One thing that I did not know, is that you have to continue training the dog. Having learned this, I try to reinforce the word association with ongoing training and routines. One routine that was added was saying "Bedtime". The dog knows that when I say that, it means he is to go outside, do his business, and then go to his kennel for the night. It used to be that bedtime was a hassle.

Then I remember what this lady that used to baby sit one of my cousins once said... put the kids on a routine, and that way when they cry or complain, you will know what they want. Also, when routines are done the baby knows that when Task 1 is done, then comes Task 2. For the dog, when I call him by name and say "bedtime", the rest of the process of him taking a bathroom break and going into the kennel is smooth and most of the time I don't have to say anything else. He just knows what to do.

Any time myself or the wife is eating, the dog shows up wanting some. Close the microwave door, dog comes running into the kitchen. Refrigerator door opens and closes, dog is lurking around the corner. Plastic bag making noise, even if it is a grocery bag, dog is motioning that he wants some.

Wife would feed him everytime that she would eat. I had to explain to my wife that if you consistently give him human food, then he wont eat his own food. It's like being given dessert before the main course... you not going to want to eat the main course after dessert. That was met with resistance, but eventually she understood what I was talking about after seeing that he wouldn't eat his own food.

What we have had to do now is put rules in place. When the dog doesn't eat his own food, then he doesn't get any human food. The dog does not like this. He has tried to game the system, but we not having that. Once he has learned that we will not give him human food until he eats dog food, he then started eating like one or two bites of his food and then requesting human food. Still had to be resistant to his efforts and started making him eat at least 60% of his food before he could get human food. Again, the dog doesn't like this, but it is for his own good and to break this behavior that he insists on doing.

He still requests that human food be given to him, even when he hasn't eaten his own dog food. What I have started to do now is to instruct him once or twice to eat his own food and ignore his demands for human food. I continue eating as normal and knows that I'm not going to give him any human food, he'll usually then go eat his own food. Once he's done, he's then rewarded for eating his food by being given human food.

A fellow NSBE member mentioned to me that he and his wife had a dog before they had kids. For him, it allowed him to see their parenting styles. From this, he believes that they were better prepared for having kids. After this year, I do see and agree his perspective in this area. There's always one parent that is more lenient. The more lenient parent would be my wife. She'll let him get away with stuff sometimes that I would not let him get away with at all. I believe that this will probably be the same for when kids come along.

This year has taken some time to make adjustments for the dog. However, I do believe that this is a test run or practice before when kids come along. I often tell people that having a dog is like having a toddler. The similarities that they have in common are that they don't verbally communicate well, do misbehave when they don't get their way, have a tendency to get into stuff that they should not be getting into, and will practically put anything in their mouths.